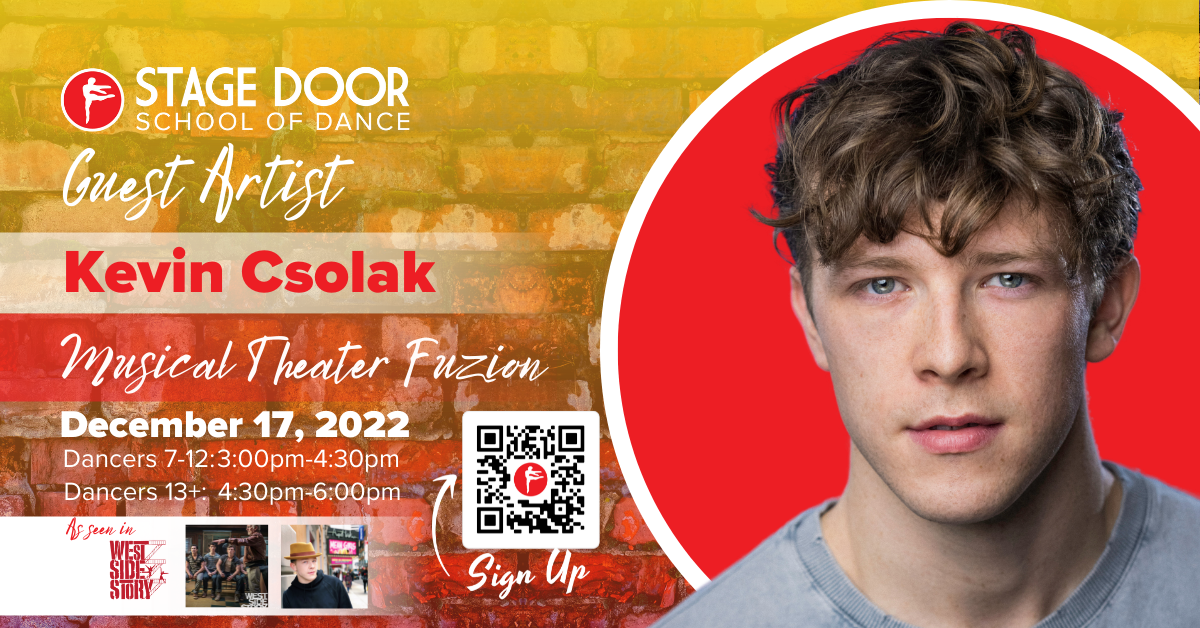 ABOUT OUR GUEST ARTIST:

Kevin Csolak is an American artist known for his role of Diesel in Steven Spielberg’s Oscar Nominated West Side Story film and Young Pope in TNT’s Animal Kingdom. Born in Flemington, New Jersey, Kevin grew up in his mother’s performing arts school where he ignited and honed his passion for storytelling at a young age.

He began his professional acting career at age ten and recurred as Daniel Hughes on As The World Turns for CBS and soon after performed in the original Broadway cast of How the Grinch Stole Christmas. The following year, Kevin led the world premiere cast of Cirque du Soleil’s Wintuk as Jamie at the Wamu Theatre at Madison Square Garden. Kevin has also guest-starred in HBO’s Boardwalk Empire, FOX’s The Mick and Marvel’s Netflix show Jessica Jones. Kevin danced for Hayley Kiyoko in the 2018 VMA’s and for Justin Timberlake in the 2018 Super Bowl 52 Halftime Show. Back on Broadway he was featured in the original cast of Tina Fey’s Mean Girls at the August Wilson Theatre. A career highlight for Kevin has been playing Diesel in Steven Spielberg’s West Side and the following winter, the principal role of A-Rab in Ivo Van Hove’s West Side Story at The Broadway Theatre in NYC. He was one of seven actors who were featured in both the movie and the Broadway revival.

Kevin has two older brothers, Stephen and Kurt. Their father is of Hungarian heritage and their mother is of Irish and Polish ancestry. Kevin is in his 17th year as a proud member of SAG/AFTRA and Actor’s Equity. Connect with Kevin on social media @kevincsolakk

PLEASE NOTE: This event is open to the public. Enrollment in SDSD is not required.